CoD Warzone is my favorite Battle Royale game. Battle Royale games are all the rage in today’s world of gaming. Battle Royale is a style of gameplay where an ever enclosing circle slowly draws in all players into the center of the map until only one person or team if left standing. Its popularity is deserving because it makes it fun and adrenaline-fueled. I have played many battle royale games and the best one out right now is Call of Duty: Warzone.

It is easy to pick up for experienced first-person shooter fans as its gameplay style is common to many other games. It cost nothing to get started as it’s free-to-play. It has a well-made progression system that unlocks tons of guns and attachments as you play.

Because of its cross-play system, it has a huge community of players from both PC and console systems. However, one of the downsides to the cross-play system is the cheaters who are mainly on PC playing against console players who are unlikely to be cheating. Currently, there is no way to turn cross-play off.

It runs very well on my medium-high tier system, although I do plan on upgrading my video card soon so I can play on the maximum graphical settings. I rarely run into bugs and the game receives consistent updates. My framerates stay at fair levels when I have my graphical settings on medium. For being a free game, I can’t complain about the game’s performance and I think its quite good.

It has multiple game modes, this is why the creators of the game don’t consider it a battle royale game. After new game season updates, new game modes are often introduced to keep the gameplay fresh. One of my favorite game modes is called Plunder, a mode in which the goal is to collect as much money as possible from caches, quests, and killing other players. It’s a really fun way to level up your guns in preparation for the more series and slower playstyle of the battle royale mode.

The community is fun to play with and it’s easy to make friends. It seems like a good majority of players have headsets and use the games built-in voice system to communicate while playing. The friend’s system works seamlessly and it isn’t hard to connect with other players and play matches together. I haven’t seen a lot of toxicity and I enjoy meeting people or playing with local friends.

You can find the game on the official website here.

To play, you need to make an account here.

I featured this game in my post on The Best Free PC Games. 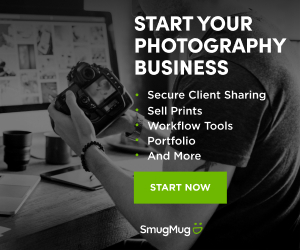